KFC Malaysia has announced that the KFC Zinger Cheezilla is making a comeback, and it will be available starting from March 2022. The Zinger Cheezilla, which was first introduced in Malaysia in 2019, is a KFC Zinger burger with a cheesy sauce and cheese slices.

Many KFC fans were disappointed when the company discontinued the Zinger Cheezilla in May 2021. However, the burger is now making a comeback, and it will be available at all KFC restaurants in Malaysia starting from March 2022. The Zinger Cheezilla will be priced at RM16.99, and it will come with whipped potato and a drink for only RM19.90! 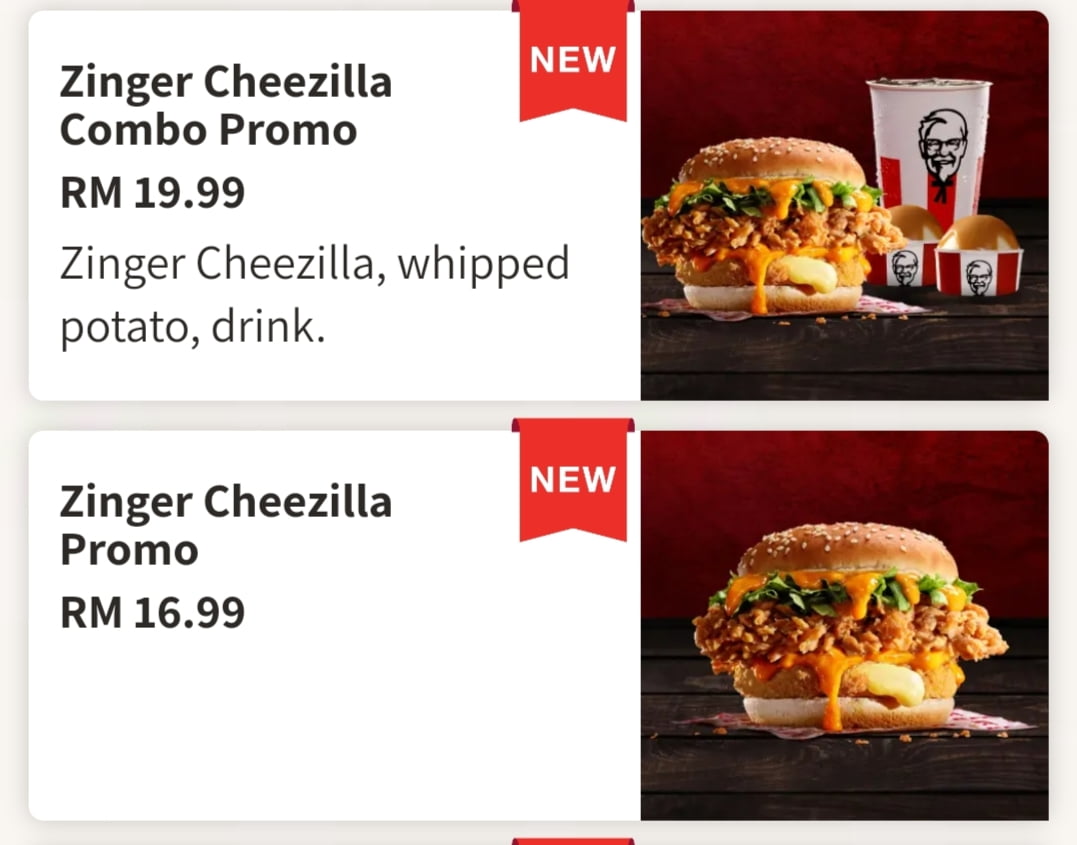 Starbucks StarDash Thursday is Back with 50 BONUS STARS Up for Grabs!

LOST WORLD OF TAMBUN BACK FOR THE MATTA FAIR 2022

TGV Cinema Offers Up to 20% Off with Movie Saver Pass

Starbucks StarDash Thursday is Back with 50 BONUS STARS Up for Grabs!

TF Value-Mart Baby & Kids Fair 2022 is Back for Another Year of Savings!

GSC Cinemas Promo Code 2022 : Get a 23% Off with Your Next Movie Ticket Purchase