This is your chance to save up to 50% on your family's basic needs! Shop for the best sale in the country during the Malaysian Family Sale which will be held in all 222 parliament on 4 December onwards !

The Malaysian Family Sale, which offers a variety of basic goods at prices up to 50% lower than the market rate, will be held in all 222 parliamentary constituencies of Malaysia. The sale will be taking place from 4 December 2021 onwards and is open to all Malaysians.

Prime Minister Datuk Seri Ismail Sabri Yaakob said the sale is part of the government’s efforts to ensure consumers get necessities at cheaper prices amid the rising cost of living during the Covid-19 pandemic.

Ismail Sabri said the programme, which will be held until February 2022, especially prioritises B40 and M40 areas as Malaysians in these income brackets had been most financially impacted during the pandemic. 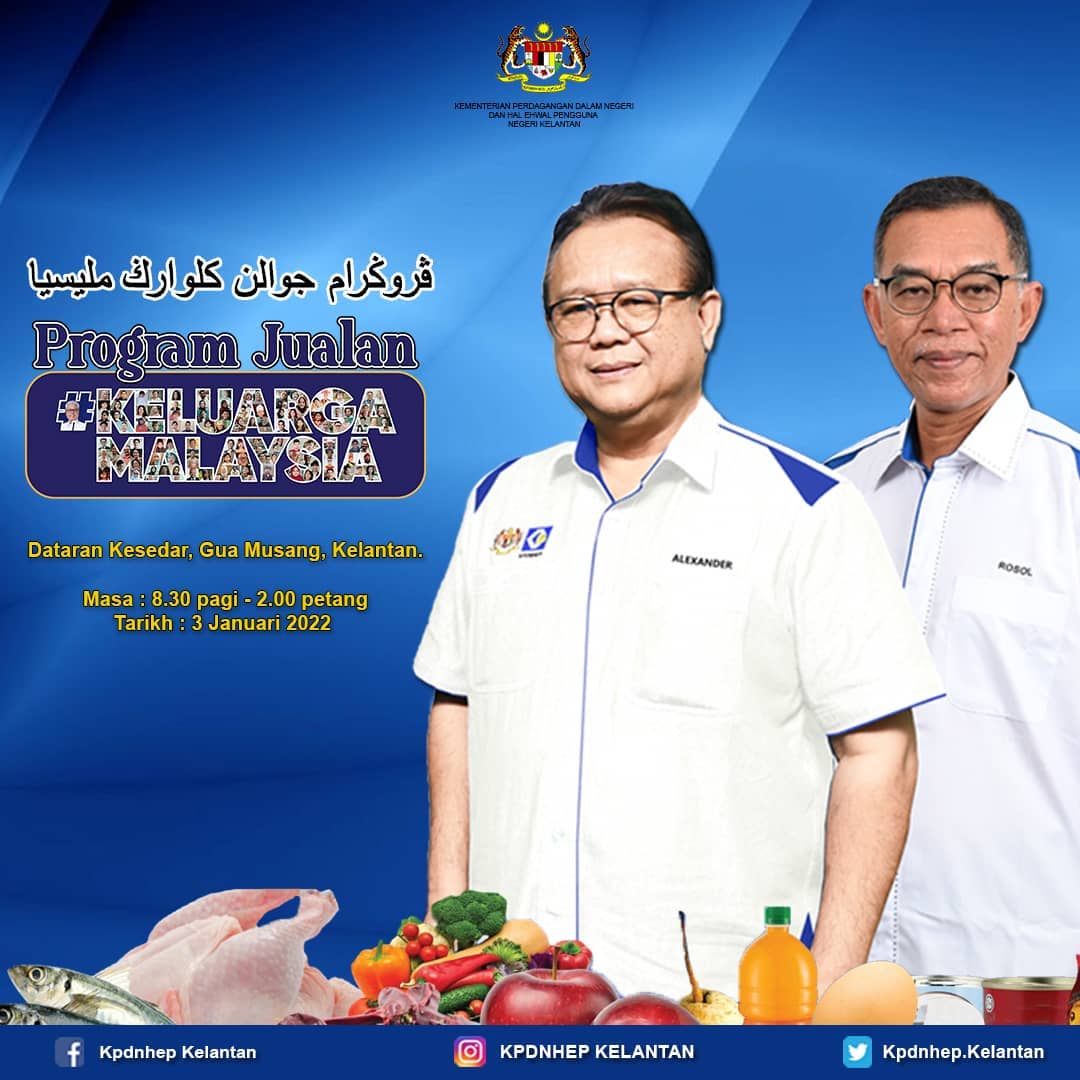 “The government is aware of the hike in the prices of basic goods, but the government will not let the people shoulder this burden without introducing any interventions.

“The Malaysian Family Sale is among the measures taken by the government to help alleviate the financial burden of Malaysians.

“In this programme, which is a joint initiative involving various agencies and private companies, prices of goods such as chicken, fish, vegetables and dried goods are offered lower than the market price.

“Although a majority of sellers are offering a rate of between 20% and 30%, there are also those who are selling at 50% cheaper than the market rate.

“I believe that by offering basic goods at a cheaper price, this will help reduce the economic burden of the people,” he said during the Malaysian Family Sale launch at Kerinchi People’s Housing Project (PPR) on Thursday (Dec 2).

The initial planning for the programme, which is slated to go nationwide starting Saturday, is that it will be held until February, during which Ismail Sabri said he hoped the issue of price hike would have been solved.

However, the programme will go on beyond February if the prices of goods still did not show any improvements by then, said Ismail Sabri.

He also called upon more private sector players and grocers to work with the Domestic Trade and Consumer Affairs Ministry in the programme, so that the Malaysian Family Sale could be held at a bigger scale.

On the price hike of basic goods, Ismail Sabri said the government is introducing a number of other interventions, including importing more essential items such as vegetables from overseas in order to increase market supply.

The government had also allocated RM262mil as an early response to assist farmers affected by the increase in the prices of fertilisers and pesticides, he said.

Next week, Ismail Sabri would be chairing a Cabinet committee meeting on the cost of living, involving relevant ministries such as the Domestic Trade and Consumer Affairs Ministry, Agriculture and Food Industry Minister, as well as the Transport Ministry.

“Transportation cost is also a factor in the price hike of goods.

“I was informed that the price of ice cubes have also shot up, due to transportation costs, as the price of tyres are high,” he said, adding that the Transport Ministry will be called upon to introduce relevant interventions.

“The Cabinet committee on the cost of living will also be determining more interventions to reduce the prices of goods,” he said.

Previously, the government had also rolled out initiatives

Ismail Sabri also warned traders against increasing the prices of goods and services without any justification, adding that 2,200 enforcement officers from the Domestic Trade and Consumer Affairs Ministry will be deployed to monitor their compliance and take necessary actions.

“There is no compromise, especially in these tough times where many people are financially burdened. It is unethical to raise prices for no reason,” he said.

FREE McCafe Iced Latte when you shop in UNIQLO

Shopee 7.7 Mid Year Sale: Voucher Codes Up to RM20 Off in Malaysia

Lazada 50% Off Voucher with Lazada Wallet