AirAsia has a new promo fly from Kuala Lumpur, Malaysia to Penang, Malaysia for as low as RM39. Take advantage of this ticket price now and book your flight today!

Airasia is offering a new affordable flight from Kuala Lumpur to Penang, starting from RM39 for one way. This makes it the cheapest flight from KLIA to Penang.

The expansion of Airasia’s route network underlines its position as Malaysia’s leading budget airline and provides more options for travellers coming in or out of peninsula Malaysia. 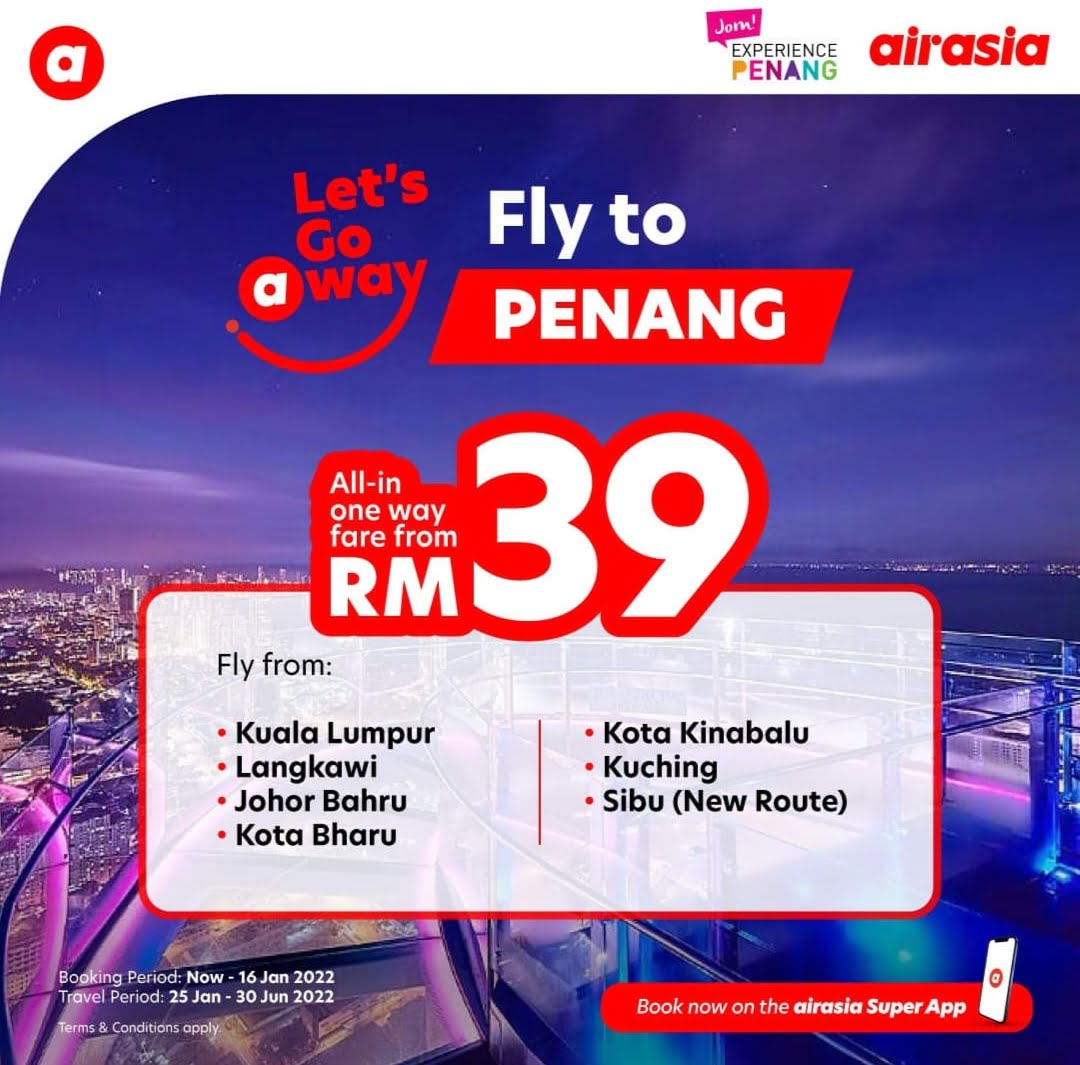 Shopee 7.7 Mid Year Sale: Voucher Codes Up to RM20 Off in Malaysia

Lazada 50% Off Voucher with Lazada Wallet